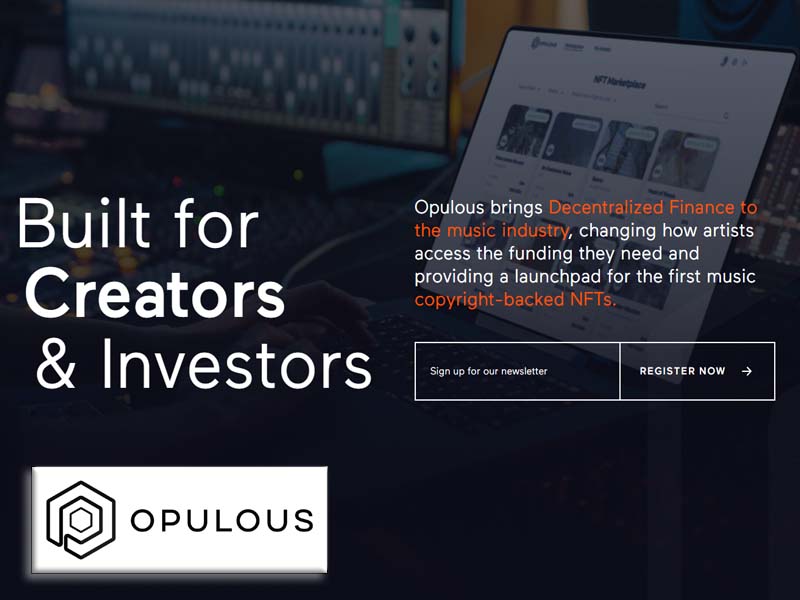 Non-profile picture (PFP) NFTs had been cooling down over the past few months but now that Bitcoin and Ethereum have turned bullish again, altcoins and NFT-focused tokens are beginning to follow.

Music NFTs are one sector of the ecosystem that is showing bullish signs this week, and Opulous (OPUL) protocol was the breakout star of the day. Opulous aims to bring aspects of decentralized finance (DeFi) to the music industry and also change how artists access funding.

Three reasons for the price turnaround in OPUL include the completion of its latest security NFT (S-NFT) sale, new exchange listings and the upcoming launch of liquidity pools for OPUL on multiple Algorand-based DeFi protocols.

The first S-NFT sale is a success

The biggest driver of interest in OPUL over the past couple of weeks was the launch of its latest S-NFT sale for the song “Patek Myself” by the U.K. rap artist Ard Adz.

The S-NFT sale occurred on March 31 and took less than 45 minutes to sell out and reach its goal of raising $50,000, with data from WeFunder showing the sale was oversubscribed and managed to raise $66,900.

Since the sale, the team at Opulous revealed that the next major announcement from the project will be revealed this week and will involve an S-NFT sale for an entire music album.

DeFi staking is on the way

Another factor helping to boost the price of Opulous are plans to list OPUL on several DeFi protocols in the Algorand (ALGO) ecosystem.

Pact, an Algorand-based automated market maker, has already established two liquidity pools for OPUL that are paired with ALGO and USD Coin (USDC) and it recently announced a campaign in conjunction with the Algorand Foundation that will distribute 1 million ALGO tokens to its supported pools between April 8 and June 2.

Opulous has also revealed that new staking pools will be coming to the Algorand DeFi hub, AlgoFi, beginning on April 5.

OPUL has also recently listed to a few centralized exchanges, including HotBit and LAToken.

After the March 30 listing announcement for LAToken, the project teased that another exchange listing would be “coming next week,” indicating the potential for further price appreciation.

In addition to these new exchange listings, the OPUL staking pool on KuCoin has increased its capacity to 5 million OPUL, increased the available lockup time to 60-days and now offers an APY of 30%.