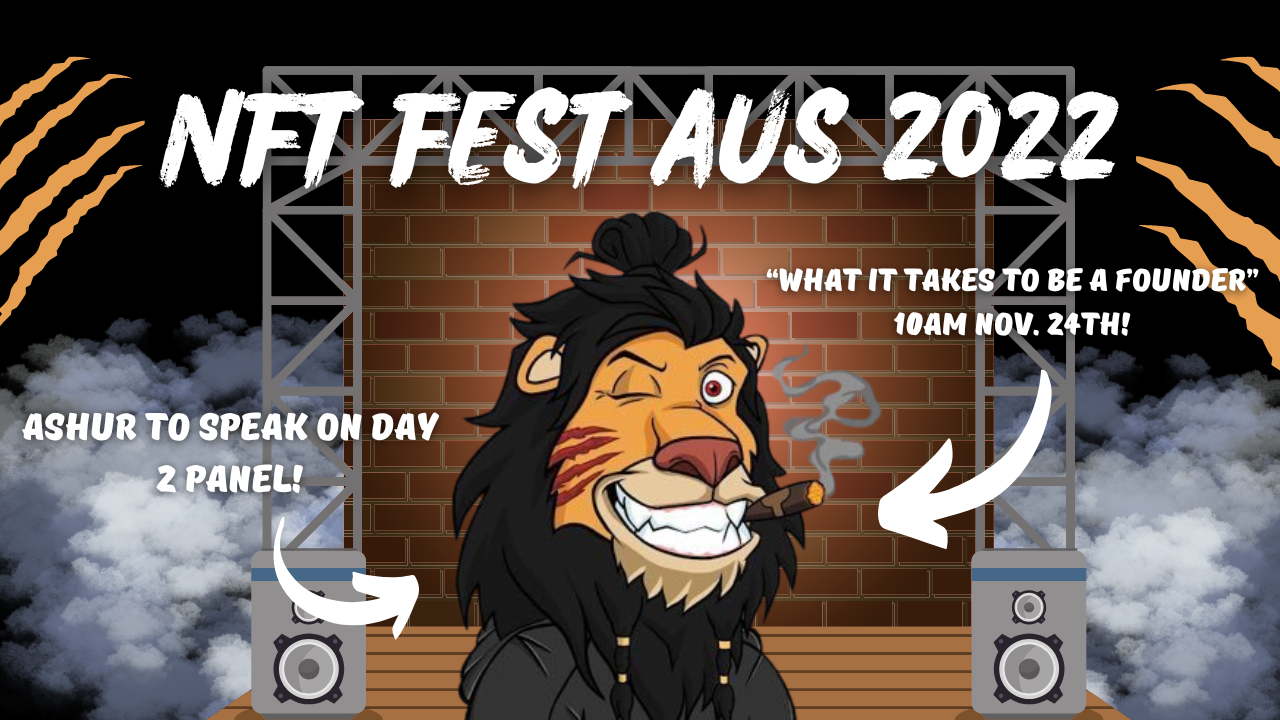 In the current state that the crypto market is in, IRL events may be more important than ever. Sharing positive crypto experiences and knowledge is crucial to changing the widespread downward driven narrative the industry is currently facing; Especially in the already heavily criticized world of NFT’s.

That being said…Lazy Lion founder @AshurNFT is heading to Melbourne for NFT Fest Australia 2022! Three days consisting of over 100 speakers including some of the biggest global and local names! He will be speaking on Day 2’s panel “What it takes to be a founder” alongside Shan (Co-Founder @ Project Godjira), Amutoz (Co-Founder @ Fusion XYZ), and Zi Xi (Paprika & West Coast NFT)! There were over 3,500 visitors at the 2021 event, so 2022 is sure to be an ample opportunity to show NFT Fest AUS what Lazy Lion community is made of! Make sure to be on the lookout for #ROAR’s associated with the event especially on Day2!

It’s being held on the lands of the Wurundjeri & Boon Wurrung people of the Kulin Nation! The festival organizations wanted to make sure that the Kulin Nation was recognized as the traditional owners and wanted to pay respect to their Elders, past and present and emerging!

Learn more about the events at NFT FEST AUS 2022 by visiting their Twitter!