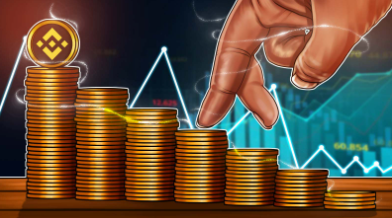 Binance prepares for the Merge

Termed the most important upgrade in the history of Ethereum, “The Merge” signifies the end of the proof-of-work (PoW) for the Ethereum blockchain and a transition into a proof-of-stake(PoS) consensus mechanism. PoW and PoS are the two major consensus models that cryptocurrencies adopt to verify new transactions and add them to the blockchain.

With the full transition to into a POS network scheduled to be completed by September 20, Binance, the largest cryptocurrency exchange in terms of daily trading volume, had earlier announced its support for the Ethereum Merge. In the August 10 blog post, Binance added that in the case of new forked tokens, the exchange would evaluate the support for distribution and withdrawal of the forked tokens.

Minutes before the implementation of the Bellatrix upgrade on September 6, Binance temporarily suspended deposits and withdrawals for $ETH and ERC-20 tokens. Upon the completion of the upgrade, suspended activities resumed.

Binance confirmed that in case of an eventual fork of the mainnet Ethereum network, the exchange will let its users withdraw the forked tokens. It remains unclear whether Binance will support the listing of the forked ETH tokens if the intended forking occurs.

In a new announcement, Binance US has confirmed to its users the launch of a high-yield ETH Staking with an APY of 6% ahead of the Merge.