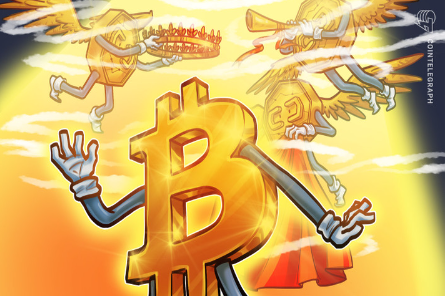 MicroStrategy CEO and Bitcoin (BTC) advocate Michael Saylor doubled down on his support for Bitcoin as he explained the issues related to transferring the value of physical properties such as gold, company stocks or equity and real estate during the Australia Crypto Convention.

He then pointed out that traditional assets such as gold (in high quantity) and land are nearly impossible to carry forward across geographical boundaries, adding:

“If you have a property in Africa, no one's gonna want to rent it from you if they live in London. But if you have a billion dollars of Bitcoin, you can loan it or [...] rent to anybody in the world.”

Saylor further underscored the high maintenance costs and taxes linked with owning and inheriting physical property over the long term, which in the case of Bitcoin, does not exist. Geopolitical tensions across the world also determine the type of assets one would be allowed to carry forward across jurisdictions. He explained:

According to Saylor, only royalties such as King Charles III have the liberty to pass down their wealth without worrying about being taxed away "unless it's Bitcoin." The entrepreneur reiterated that the Bitcoin network has not been hacked for over 13 years and is currently "the most secure network in the world."

On an end note, Saylor emphasized the regular upgrades being made on the Bitcoin network to make it faster and more secure, along with innovations around layer-2 and layer-3 applications.

Bloomberg analyst Mike McGlone recently opined that Bitcoin is a “wild card” that is well-positioned to outperform stocks as traditional finance inches toward a recession.

McGlone took it to social media platforms, including LinkedIn and Twitter, to state:

“Bitcoin is a wild card that’s more ripe to outperform when stocks bottom, but transitioning to be more like gold and bonds.”

As Cointelegraph reported, the analysis notes that while Bitcoin would follow a similar trend to treasury bonds and gold, Ether (ETH) “may have a higher correlation with stocks.”