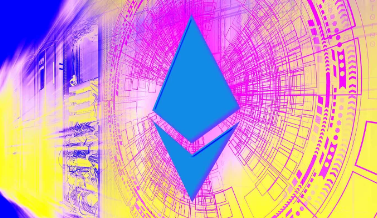 The massive update switches the second-largest cryptocurrency by market cap from a proof-of-work consensus model to proof-of-stake.

The change allows Ethereum holders to stake their coins in return for rewards, and transforms the network into a far more energy-efficient model for processing and verifying transactions. Ethereum’s overall energy use is expected to plummet by about 99.9%.

The switch to proof-of-stake is also set to have a dramatic impact on Ethereum’s rate of inflation.

The Ethereum Foundation says the number of new ETH entering the market will witness a major drop.

One thing the update will not do, however, is make the cost of doing business on the Ethereum network more affordable.

Transactions will not see a significant drop in fees until further updates are implemented down the road.

The speed of the network is also expected to essentially remain the same as before the update was implemented.

In an Ethereum Foundation watch party, Ethereum creator Vitalik Buterin said the network is now a big step closer to achieving the vision of its founders.

“This is the first step in Ethereum’s big journey toward being a very mature system. And there’s still steps left to go. We still have to scale. We still have to fix privacy. We still have to make the thing actually secure for regular users and all this stuff. And I think we all need to work hard and do our part to make all those other things happen as well.

A group called ETHW Core has promised to fork the main Ethereum blockchain and launch a miner-powered proof-of-work version of the network within 24 hours from now. The fork offers the potential for anyone holding ETH to receive an equal number of forked tokens.

Crypto exchanges have detailed a variety of ways they plan to handle a fork, from listing the coin for trading the moment a fork happens to thoroughly reviewing the new coin as if it were any other asset.