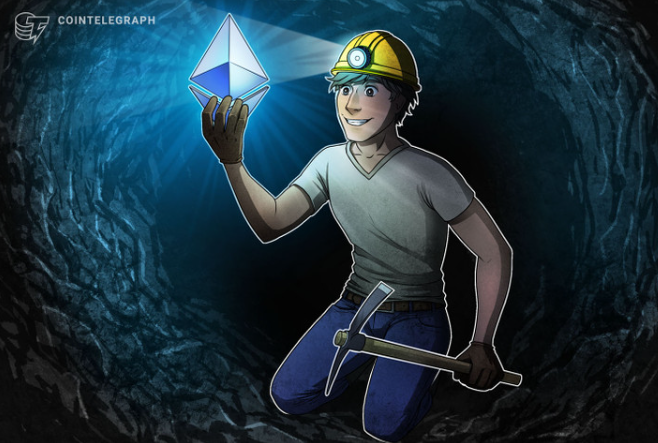 The Ethereum Merge is slated for Sept. 15, which will see the Ethereum blockchain move from its current proof-of-work (PoW) mining consensus to proof-of-stake (PoS).

The Merge is being touted as one of the biggest upgrades for the Ethereum blockchain as it would help the network move to a more energy-efficient way of verifying transactions and eliminate PoW mining completely. With the Merge date approaching, Ether (ETH) miner's balance has touched a new four-year high.

According to Oklink data, the balance of Ethereum miner addresses exceeded 260,000 ETH with a total of 261,848 ETH valued at over $415 million at the current price. Miner accumulation reached a new four-year high with similar levels seen last in April 2018.

Miners' growing accumulation of ETH has been attributed to a few factors, the first being anticipation of a price surge in the wake of the key upgrade. While many pundits have called the Merge a “buy the rumor and sell the news” kind of event, miners' accumulation indicates growing bullish sentiment.

Another major factor is the hard fork. The majority of the ETH miners are in favor of a hard fork to keep the PoW chain alive and continue mining. Thus, in case of a hard fork, these miners holding onto ETH would also receive an airdrop of the forked token. While the value of the forked token might not appreciate in tune with the main ETH chain, however, it would still ensure additional capital.

A forked PoW token has got the backing of a few leading crypto exchanges like Bitfinex while the likes of Binance have said that if the demand for the forked token would be big enough, they would not mind listing it.

”The ‘Difficulty Bomb’ will make mining unprofitable after the Merge. Before this happens, miners are exploring all avenues to cart away with as many Ether as they can while they still have the time.“

“As such, more computing resources are being committed to the mining of Ethereum and this accounts for what has translated to a very high miner balance,“ he added.

The Merge has created a dilemma of sorts for the miners as the move would eliminate PoW mining completely, but keeping the PoW chain alive via a hard fork won’t guarantee an appreciation in price with the majority of the community already supporting the main PoS chain.