MoonPot closes its doors, but was it a rug? 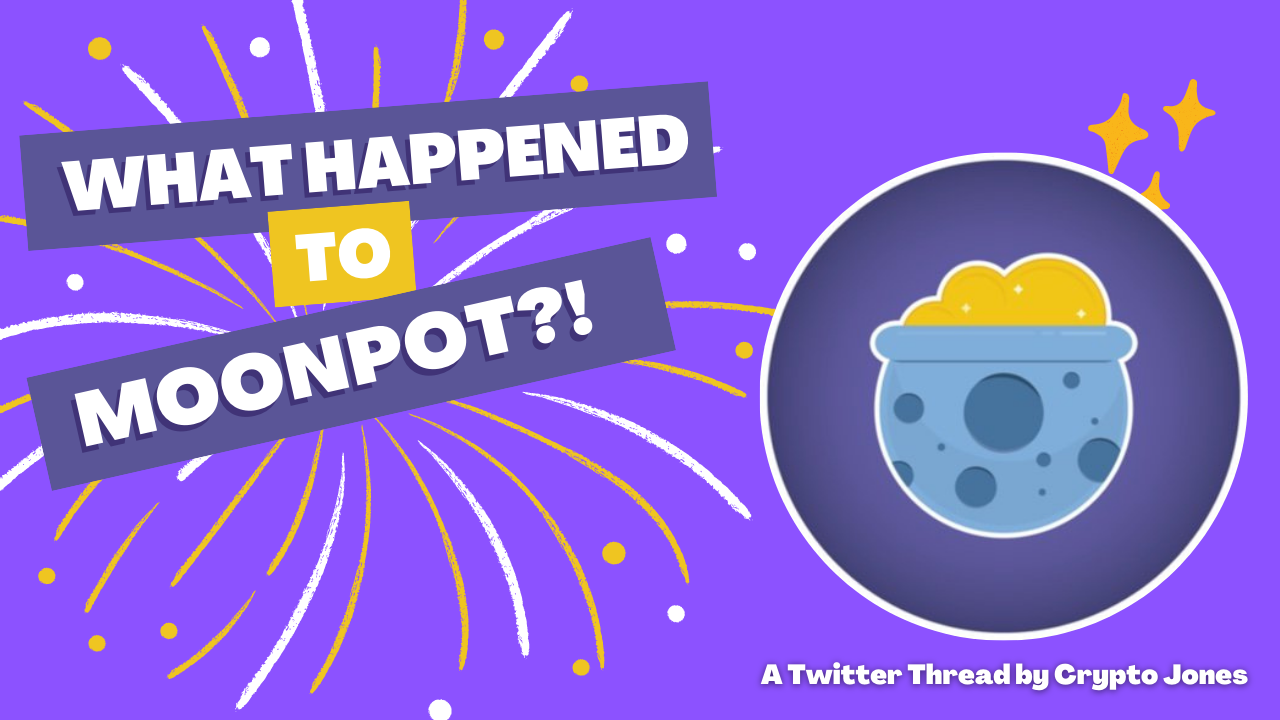 What happened to MoonPot? A slightly edited Twitter Thread by Crypto Jones

As most of you know @moonpotdotcom just announced its shutting up shop. It launched August 2021 since that time it has paid out over $1 Million to its users.

I think it has done a decent job at rewarding people with great APY and incentives from $ to #NFTs. IMHO I think it could have been announced better, I mean the word "sunset" is odd just say "We failed'' given the current market and challenges I think they fared very well

A RUG to me would be a project which doesn't deliver on any of its promises, the team goes silent, that's a clear rug for me. Moonpot was not a rug; they simply "Failed". @Ziggyverse is employed by #moonpot and have been giving false hope, again my opinion #NFA

They don't have funding or developers and everything is on hold, the owners are giving hope to people who are desperate to recoup some $ I think this shouldn't happen, just say "We are dead the project will cease operations"

Then if by a miracle, they find a dev team and some funds hidden away in magical coffers on planet #BNB They can announce the future plans but in my opinion both are dead. You have probably lost a lot of money, it will be hard and you will feel angry this is normal

I mean take FTX and all the other rugs and projects or chains which have failed. Don't let that define you or make you lose trust, eventually your time will come and the #Crypto space will be a safer more enjoyable place, I know it's difficult to see right now but..

Try to focus on something more positive, conserve your energy and direct that anger into constructive energy. I sold over 6 months ago so I didn't lose any money so it might be easy for me to say but #YAGMI and brighter times are just around the corner, don't lose faith 💪