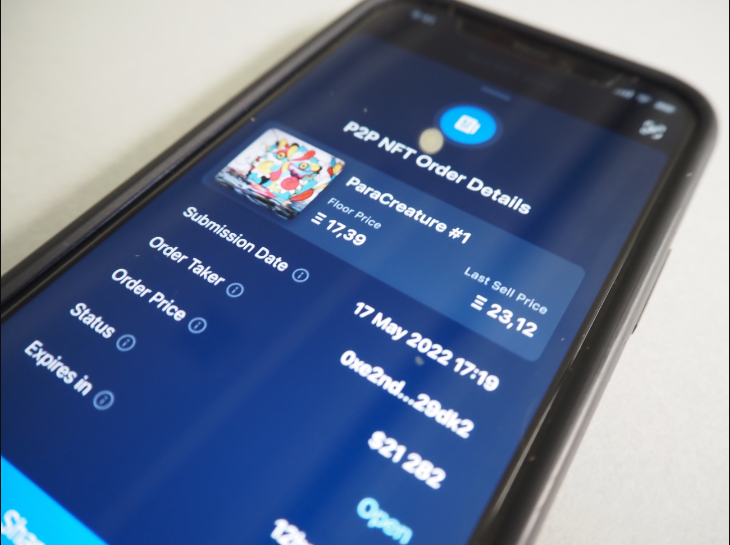 The app allows sellers to create custom orders for their NFTs which can be sent directly to buyers. Using ParaSwap’s DEX engine on the backend, both parties are able to transact in their preferred token.

The app also touts its own native wallet, tapping Ramp as a fiat on-ramp. The app will have zero trading fees for the first three weeks (or until $500,000 is spent) as a promotion, with gas fees on the platform for non-Ethereum transactions being permanently refunded.

“ParaSwap first started in the middle of the bear market in summer 2019, so for us, we're always shooting features regardless of market conditions,” Mounir Benchemled, founder of ParaSwap, told CoinDesk in an interview. “There is nothing like this product in terms of the privacy it offers in the NFT space.”

Popular NFT marketplaces have largely avoided taking their business to the App Store, mainly because Apple takes a 30% cut of all in-app purchases, including the sales of digital goods.

ParaSwap operates in a different category, Benchemled says, being a token exchange for NFTs as opposed to a marketplace.

The app is being opened to 10,000 beta testers who are not required to own or stake the company’s PSP token, which position in line being determined by social media participation.

The France-based company raised a $2.7 million seed round in September 2020 led by Blockchain Capital, Alameda Research and Arrington XRP Capital.