Binance
NFT
By
CryptoGirlfriend
ON
July 14, 2022 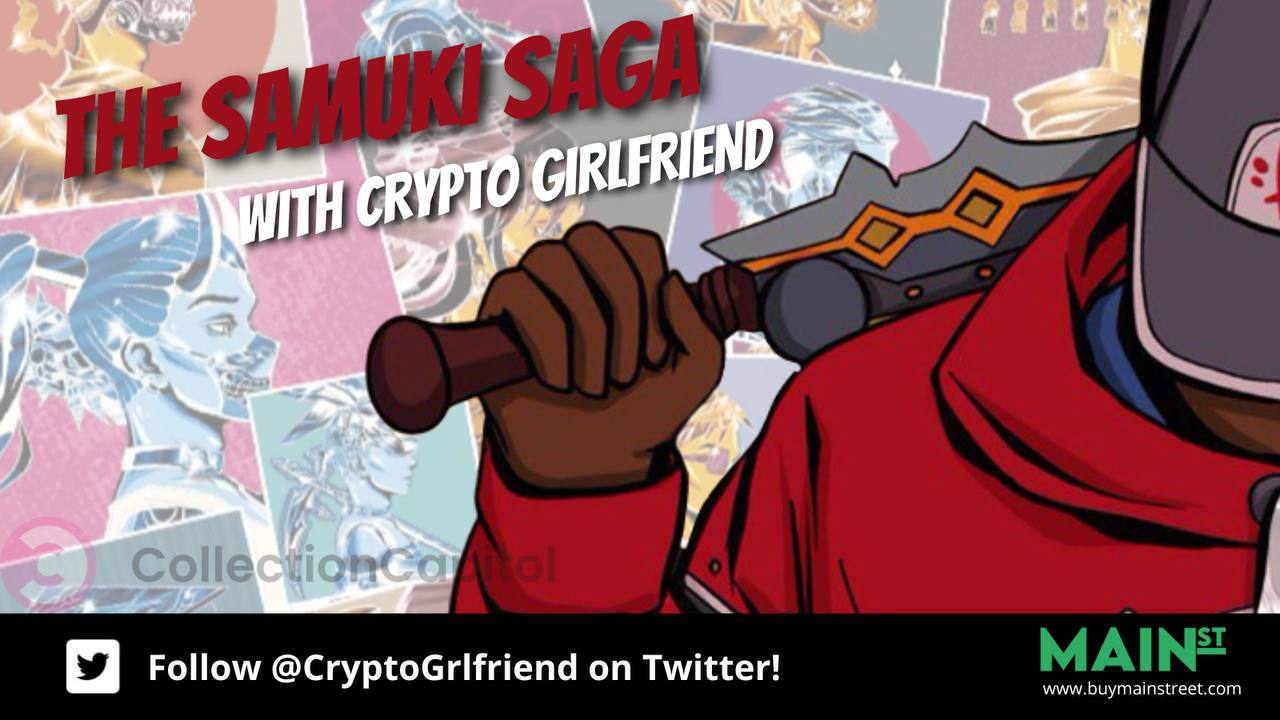 META-World’s Iconic SAMUKI Warriors’ clan is all set to defend their beloved motherland with a Sword-sharp precision. Inclined towards winning even the toughest of battles, the SAMUKI Warrior is a globetrotter of distant worlds.

The SAMUKI Warrior is born to win battles, thriving to be reckoned among the greatest warriors in the world. Upon witnessing the portal of another dimension opening, inviting hostile monsters to his native world, the great SAMUKI stood first in the front to defend his planet.

Raiding the hostile territory all alone, the SAMUKI is gifted with an exclusive armor and the sharpest sword built by a special blacksmith using rarest materials.

But first, ask yourself? Are you Sword-set to join the SAMUKI clan to explore the so-far uncharted fighter territories, triumphing with victories? Heartbeats soaring? Temperature rising? Hey, we’re just getting started.

THE SOCI METAVERSE: WHAT’S IN IT FOR YOU?

A metaverse and a Play-to-Earn (P2E) game, Soci hosts the Samuki NFT project on ETH. Available on the Soci metaverse, the Play2Earn SAMUKI game allows you to generate worlds and customize your character. The Samuki is the 1st NFT project which is almost free on ETH.

The upcoming NFT project upon its release would be free, giving access to a special metaverse part of another game.

Soon releasing is the Voxel metaverse, the access to which would be via other NFTs.

A raving game, a casino game, various types of Play2Earn games, all await your gamified presence.

Proudly presented to you by SAMUKI and Soci World in partnership with CryptoGirlfriend, simply play the game to earn Zeus tokens (in-game). A couple of more partner projects are in the works for the Soci metaverse, such as Broken Bones and Sweti Yeti.

Giving you access to the RPG Play2Earn game. You can earn the Zeus token in the game, whereas the NFTs can be staked for rewards.

The Gameplay action builds at the RPG level on a sacred island having a total area of 1.5 million square meters. The central area of this island is where you (the Hero) would fight the imposters for the point of preservation.

1 location to preserve. 6 locations to safeguard. 100 levels in total.

Focus on your minds, get set to play for pride & $.

You’re the HERO—It’s GAME ON!

The Hero must advance through each of the game sections on the island to ensure an absolute sweep of the monsters to finally kill the level boss.

Monsters’ types, attack power, and life level rise to the tune of +10%, with each passing level. The Hero must confront at separate locations a Mega Boss after completion of 10 levels. To level up a Hero, you must kill a monster, earning you experience for improving hero characteristics.

The top hero level is 100, whereas each level grants you +5% life force, +5% strike force, and +5% MANA / MAGIC. Also at  the completion of 15 levels, a novel weapon gets available, which needs to be found by the player at either of the game locations.

Your primary weapon as the game’s Hero is the sword with a high attack speed. Its level of damage is still low at the beginning, though. In the game, you can earn varied sword types with diverse characteristics and power levels:

Built to kill enemies in a single blow, the Two-Handed Sword is a powerful weapon.

A ranged weapon, the Wand strikes with a medium speed and attack power. It helps in mastering teleportation.

As for enhancements, there are ‘Attack Magic,’ Mass Attack Magic,’ Shackle Magic,’ Support Magic,’ ‘Healing Magic,’ and ‘Boost Magic’ available. The ‘Bonus Drop’ offers coin drops from monsters, which can be used in the SociVerse universe. These coins can also be invested to gain extra hero power-ups in the RPG location, or get retweeted for Matic.

The burning process initiates upon transferring 2.5% of tokens to it an automatically generated, non-accessible token (burning) system address. Viewing transaction history is possible for users.