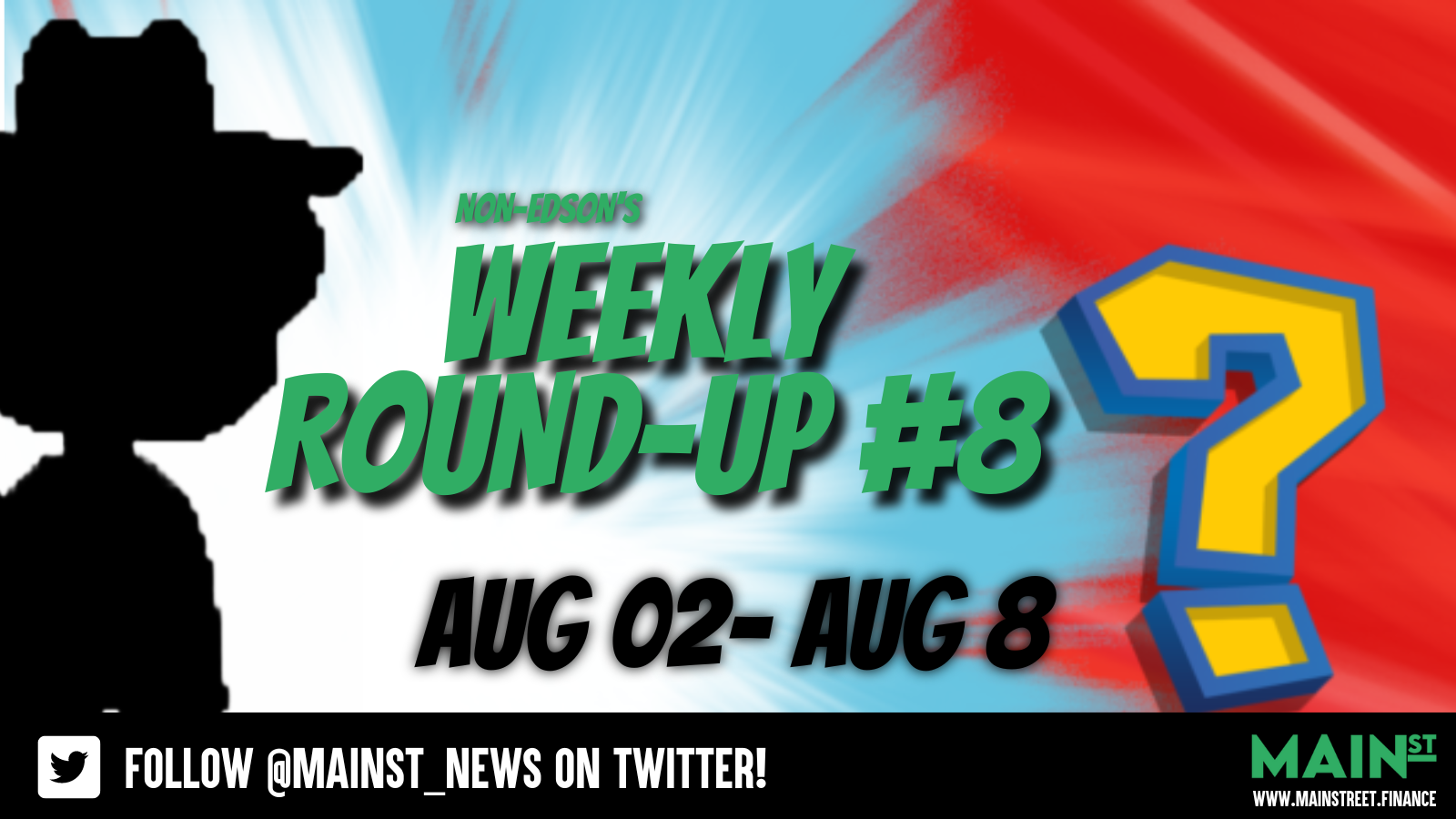 This week I, the mystery writer, have infiltrated the MainStreet team to bring you the weekly recap of news in the crypto world, while Edson is distracted. So I better hurry up and get started before they find me out.

As for the fear index of the maximum cryptocurrency, we find ourselves with a closing of the week that is not as bad as many analysts predicted at the beginning of August:

The fear index is a little higher than at the end of the last week, but considering that in the last 14 days we have found indices above 14 points, we can say that it has not been a bad week for Bitcoin.

In addition, we must take into account the factor of inflation that has worsened in practically the whole world and the solutions proposed by governments are… well… judge for yourself

As for Ethereum, the story is not much different: ETH Current price: $1,692

Bitcoin and the main cryptocurrencies seem to be holding up well in any case, the crypto winter has lasted more than 5 months and the catastrophic predictions that saw a bitcoin over 10 thousand dollars are seen further and further away, although it is true that it is missing a long way to go to return to the indices at the end of 2021.

Last Friday, August 5, the lucky winners of the NFTExpoverseLA Gleam were revealed, who became part of the BNBChain NFT community!

The winners will be contacted very soon for more details on how to claim their prizes, do not forget that if you have any questions about it, you can enter the official Main Street Money Monkey Telegram, where the team is available at any time.

In addition, last Saturday the 6th, the new episode of the Mindful Monkey section was released! Uncertainty, that silent killer; the enemy we all fight but don't understand enough was finally put on the table by our friend Beatleman and shows us a glimpse of what he is and how to dominate him

If you haven't read it, take a look at it, we're sure it will be useful. Furthermore, an important announcement was released on the official MainStreet Twitter. And if that wasn't enough, heres an invitation to MainStreet Meeting #2! Where the direction that the project will take soon will be discussed. Remember to follow the Space Link and not miss a thing!

And to close this Non-Edson Weekly Round-up, we are going to see some of the most relevant projects of the week,

MOBOX is a Play-to-Earn GameFi protocol built on BSC. The protocol combines the best yield farming and Gaming NFTs, creating a free GameFi ecosystem. Utilizing the BSC, MOBOX shows true NFT interoperability by combining cross-chain and cross-platform functionality for NFTs. The platform is community-driven and rewards users for their engagement and enjoyment.

Little Ghosts is a collection of 10,000 2D animated NFTs that were minted in October 2021. The project is now focusing on gamifying their NFTs. According to their roadmap, a Closed Alpha MMO is currently ongoing, while the infrastructure to support the game has already been built. In a tweet on July 24, Little Ghosts announced that they’ll be releasing Founders Loot Boxes through giveaways and minting.

RichQuack is a community-driven project which was founded to give the best returns for the community effort of its investors. The platform's utility includes a decentralized multi-chain launchpad, raffles, and lotteries for holders of the QUACK token. The platform's QUACK token is hyper-deflationary and rewards long-term holders with a portion of the transaction tax and early access to IDOs.

That's all folks! Don't forget to visit the official Main Street pages and stay up to date with the latest news from the crypto world. See you next week with one more episode by your good friend Edson (or your good friend the Mystery Writer).