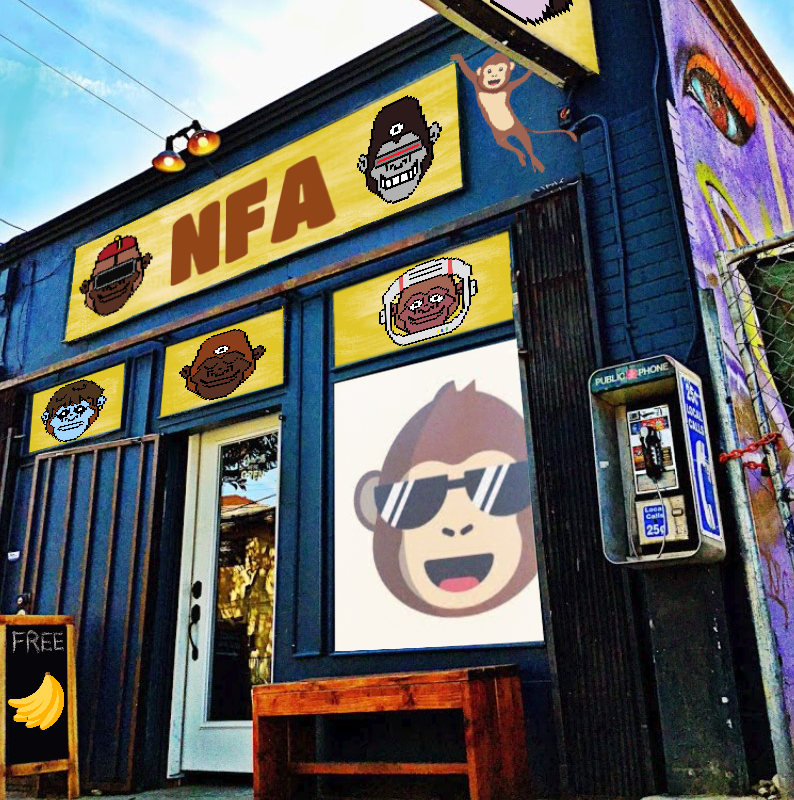 What Are Non Fungible Apes?
‍Non Fungible Apes (or NFAs) are a cryptographically generated set of 1,000 unique, rare, and immutable apes forked from the original CryptoPunks codebase. You can find the official Non Fungible Apes smart contract deployment at this address  0x6eca7754007d22d3f557740d06fed4a031befe1e
How Were NFAs Generated?
‍Each ape was created by processing a string (such as “Strong Ape”), resulting in a hash that is used randomly to select a set of six characteristics; Base color, Face color, Frame, Mouth, Eyes, and Top. These six characteristics are layered on top of each other to generate a unique NFA. Accounting for all permutations, there are a total of 125,000 potential options, but only a very scarce set of 1,000 apes were created.
How Can You Tell An Apes Rarity?
‍Each ape has a cumulative score generated based on the combined rarity of its characteristics. Basically, each individual characteristic is multiplied to create an overall ‘Rarity Score” for the ape. The closer the score is to 0, the more rare the ape. That score is then categorized into one of the five different tiers that determine overall rarity. Tier 1 being the most common, while Tier 5 are considered the most rare. Each characteristic has a different likelihood of occurrence, making some characteristics more likely or rare than others. For example, only thirty two apes have lazer eyes, while only one hundred and seven apes have sunglasses. These rarity tiers, along with a breakdown of the likelihood of characteristic occurrences are listed/linked below.

A community oriented, marketing launchpad that connects real investors with real projects. Together we plan to create an ecosystem that brings trust, fun, and reason to trading.